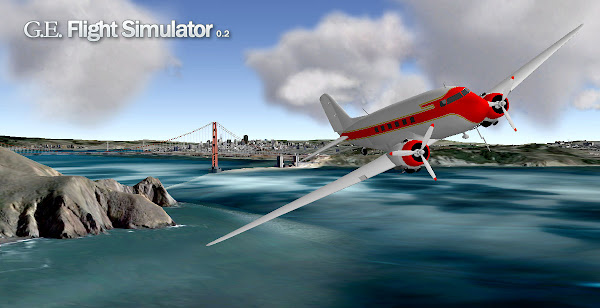 Trying to fly, the simulation seeks and waits for info, for six minutes, then, nothing. Macbook running snow leopard.

I am sorry to hear that. I did not test much the simulator on Mac but I have seen it running fine on several of them. Where exactly did you get stuck? Did you properly install the Google Earth plugin?

I hope you will manage to have it running. If not, please let me know with some more details on what is happening so I can try to diagnose what is going wrong.

Good idea! Respect!
I have another problem -
with joystick Genius MaxFighter F-16U and I can't speed up, run oh the surface.(