Ever since the migration from Google Earth to Cesium, buildings have been dearly missed in GeoFS and this was one of the most requested features. Starting this year with version 3.5, the GeoFS world is now populated with over 500 million buildings generated from OpenStreetMap data. Oh, and a couple billion trees have been planted too, just to add a bit of green. 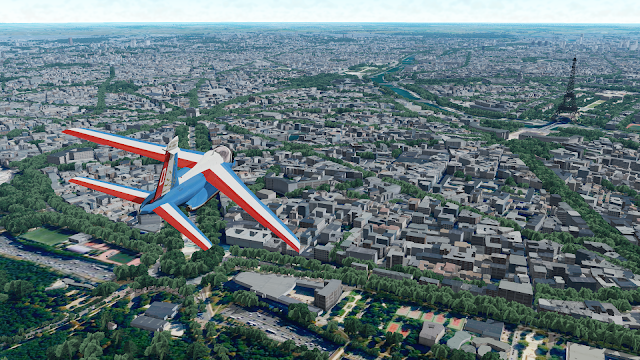 Buildings (and trees) in GeoFS are still experimental features and need to be enabled in the Option > Graphics settings panel.
What sort of coverage/quality can be expected?
The coverage is worldwide but OSM data can be missing in some areas. 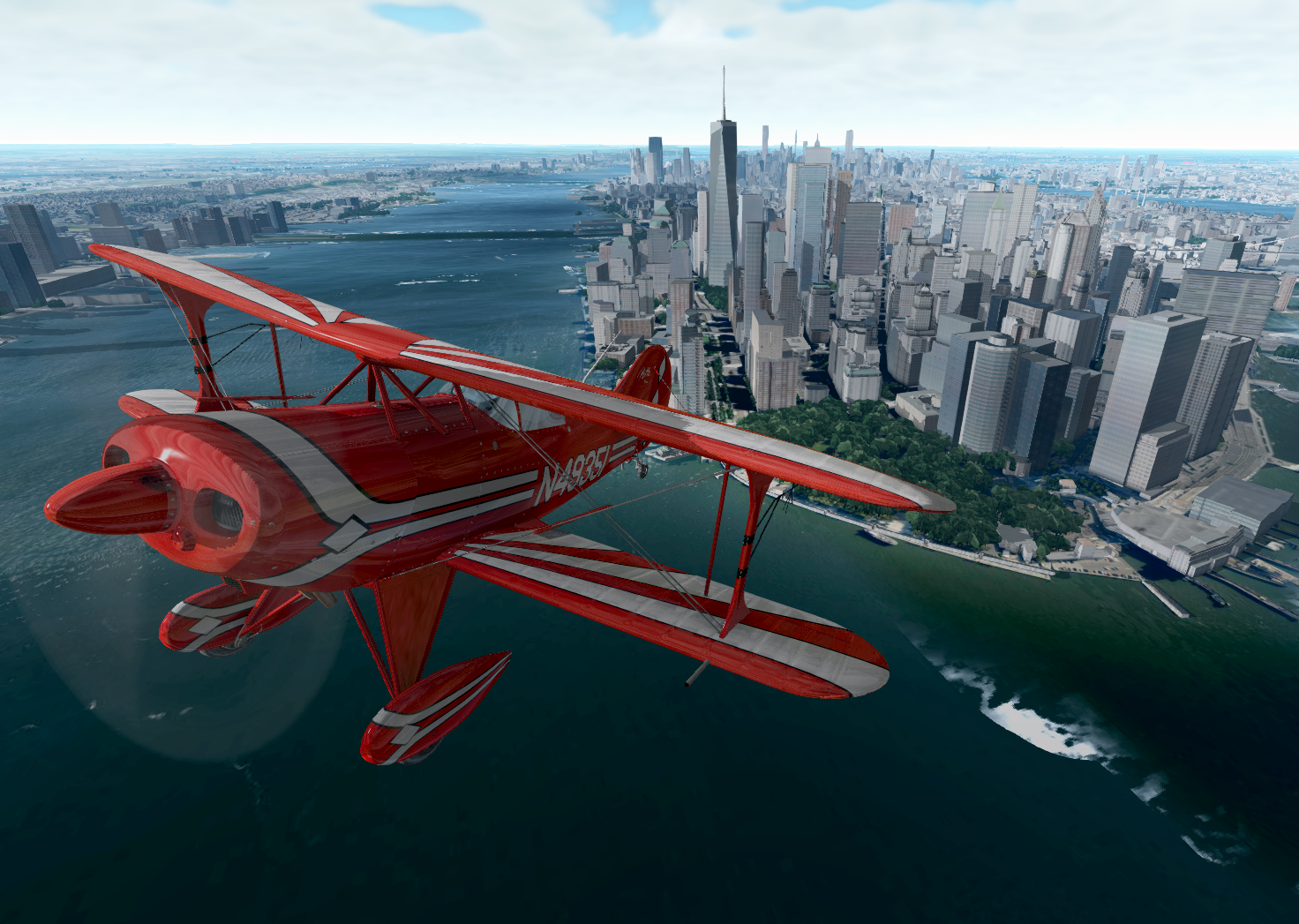 OSM provides building footprints along with (but not always) some metadata such as height, type, period, roof shape, color, etc. When this data is missing, it has to be guessed or randomized. Big cities like New York or Paris have pretty accurate building definitions whereas suburban or rural areas only provide basic land survey data.
GeoFS buildings are generated using in-house tools that may (or may not) do a correct job at estimating and extrapolating missing data and adding height, roofs and textures based on what can be guessed from the metadata. Theses tools are being improved and tweaked and some new data will be regularly pushed to the servers.
And of course, all this has to be easily maintainable, served fast and run at a reasonable frame rate in your browser. A single texture is being used for global buildings which will fall short of variety and have a bit of a generic look to it whether you fly in America, Africa, Europe or Asia. But this has the advantage of being cacheable and much easier to generate, maintain and update!
The 3D models are also heavily compressed which will sometimes lead to some imprecision in building shapes.
Finally, some major landmarks, despite the most creative attempt made by OSM contributors, will never look quite right when extruded from a 2D shape. This is why some of them have been replaced by proper 3D models. i.e Statue of Liberty, Eiffel Tower, Christ the Redeemer, London Eye, etc.
How about Airports? 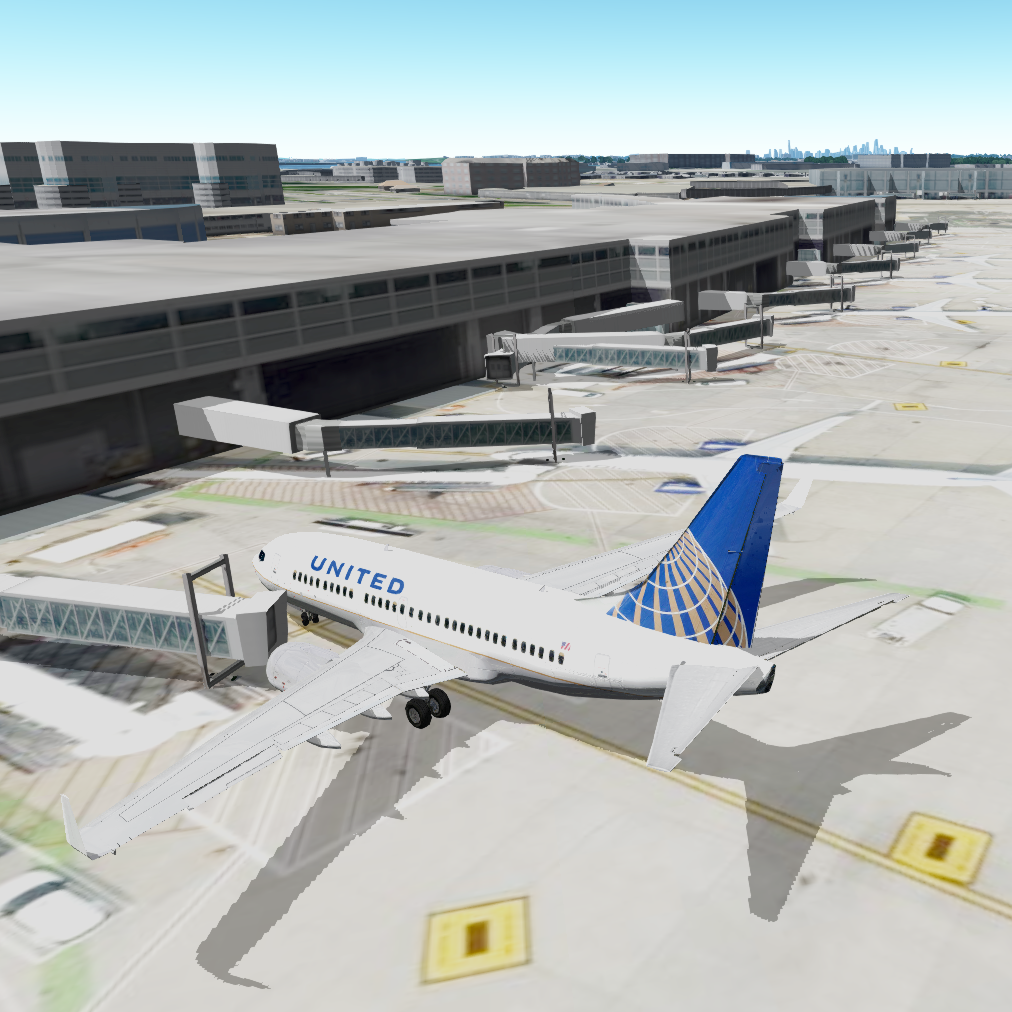 For certain airports, OSM does provide gates location at which a generic Jetway model will be positioned (orientation is difficult to guess and can be off). Some will only show blocky terminal or gates. Wherever available, detailed airport 3D models have been placed instead of OSM generated ones (Amsterdam Schiphol, Paris Charles de Gaule, San Francisco, Madrid, London Gatwick, Nice and Stockholm Arlanda). More may be added depending on availability.
Is it possible to land (crash...) on the buildings?
No, appart for some specific landmarks (aircraft carrier, Golden Gate Bridge) there is no collision detection with 3D buildings for now. This is something that will be worked on. There is no definite date though.
How to contribute to or fix the data?
OpenStreetMap is a participative application and accept contributions from anyone. However, the process can be complicated and the expected quality standards do require a certain amount of experience with GIS data.
Changes to OSM data will not be reflected right away in GeoFS. Given the current infrastructure being used, it takes about a week and a half to download, import and process a fresh global dataset. There will most likely be several updates a year depending on the evolution of the source data and the improvements made to the generator tool.
And there are so many other things that need to be worked on... 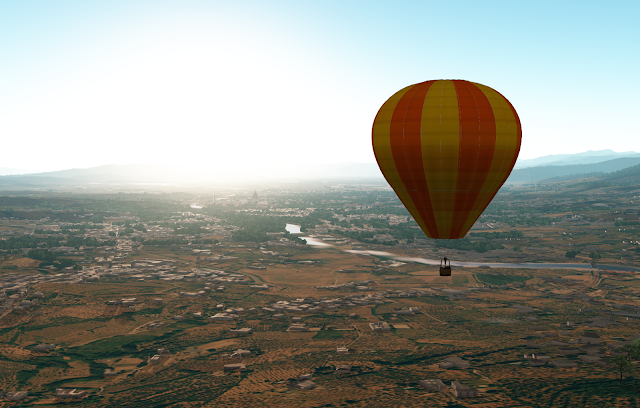 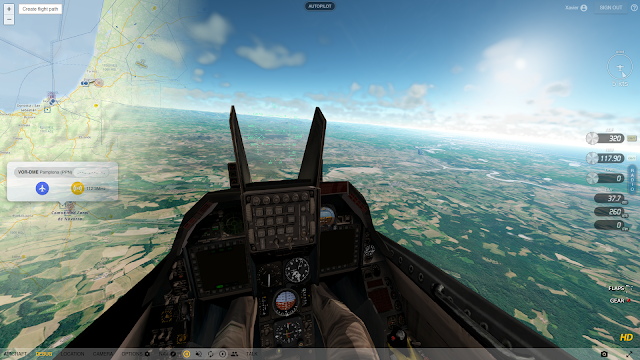 After about one year of public beta testing, GeoFS 3.3 has gone in full production. To make sure every one can enjoy GeoFS while the last issues are being ironed out, the old 2.9 version is still available at https://legacy.geo-fs.com/geofs.php

The flying school VFREnglish.com has started offering online VFR radiotelephony courses. Both founders are experienced and certified pilots and instructors who took up the mission to help pilots improve their skills and confidence when communicating in the air. They have chosen GeoFS to support their online courses and make their students practice real flying situations while communicating. The web based nature of GeoFS made it easy and natural to integrate to VFREnglish online platform where students are just one click away from any flying location and conditions. Enhanced with GeoFS HD imagery and extended with an online audio chat, VFREnglish students can fly accurate VFR exercises together, under the monitoring of their instructors who can track their flight on the ATC map. 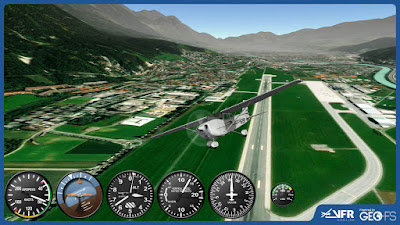 VFREnglish currently offers three different courses from "Basic" to "Pro" that will all provide students with one year of GeoFS HD and can lead, in the "Pro" plan, to preparing for the ICAO exams.
Visit the VFREnglish.com website to get more information or read their testimonial on using GeoFS professionally.
Posted by Xavier at 8:56 PM 1 comment: 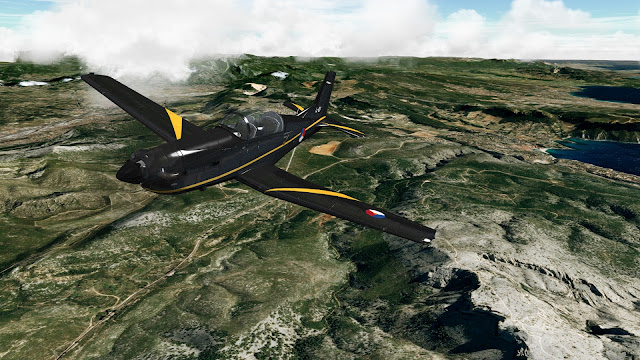 It has been one year since the last update on the GeoFS blog. So it probably is due time to increase the version number by another notch. GeoFS is undergoing continuous development and updates so there is no tangible release cycle, but for celebration purpose, let's just blow another candle and list all the events of this year 2020: 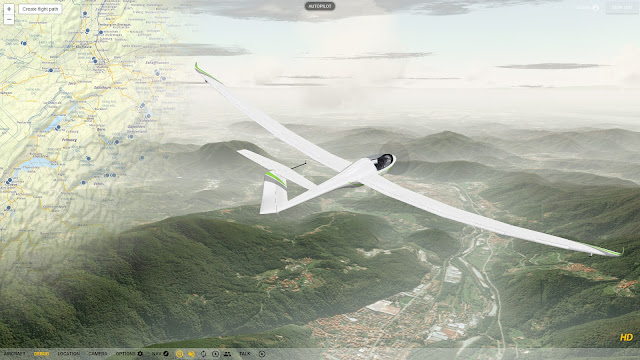 GeoFS version has been incremented one notch to validate the following new features and content: 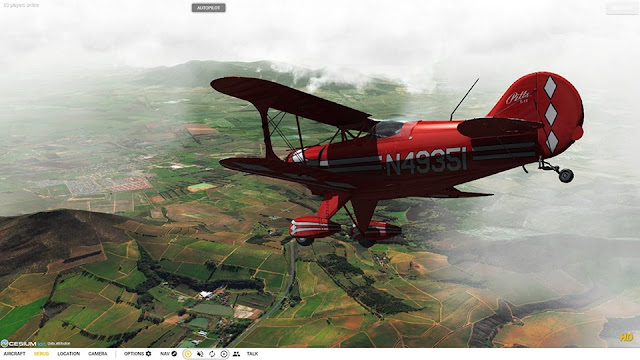 A recurring feedback heard during the 2019 FlightSimExpo in Orlando was that only a few presented projects were innovating from the traditional titles. GeoFS was one of them.

Offering a free version, accessible on the web with a simple browser and very low hardware requirements, GeoFS ease of access was noted by visitors, especially those working in education. This confirms what began last year when FUSE Studio, developed by the Northwestern University in Chicago, started using GeoFS across dozens of schools in the US, on simple Chromebooks.

Lowering the entry barrier also helps new users to discover flight simulation and aviation in general, where historical applications are reserved to more dedicated users. One remark particularly highlighted this point as GeoFS traffic was revealed: when traditional networks get the same amount of concurrent users, they "pop the champagne". People will say the audience for flight simulation software is limited, I believe there are many users still looking for an affordable and uncomplicated option to step into the world of virtual aviation. Some may not even know yet they could be interested in aviation but could be hooked if presented with a fun and easy way to get started.

However, "simple" does not mean "simplistic": GeoFS is a real simulator, with realistic and accurate physics engine, flight model and instruments. It is a tool with which one can learn and understand the basis of aerodynamics, flight and navigation while not being overwhelmed by complex and rigorous systems and procedures.

Also having the whole world to explore, with high resolution satellite images and terrain loading instantly, where ever you chose to fly, immediately sets GeoFS apart from other flight simulators which require long downloads and complicated installations to obtain such data.

Now it is time to get back to work, with many new ideas, updates and fresh motivation. The next show will probably be in Cosford, UK, followed by the FSWeekEnd event at the Aviodrome in Lelystad
Posted by Xavier at 9:11 AM 4 comments: